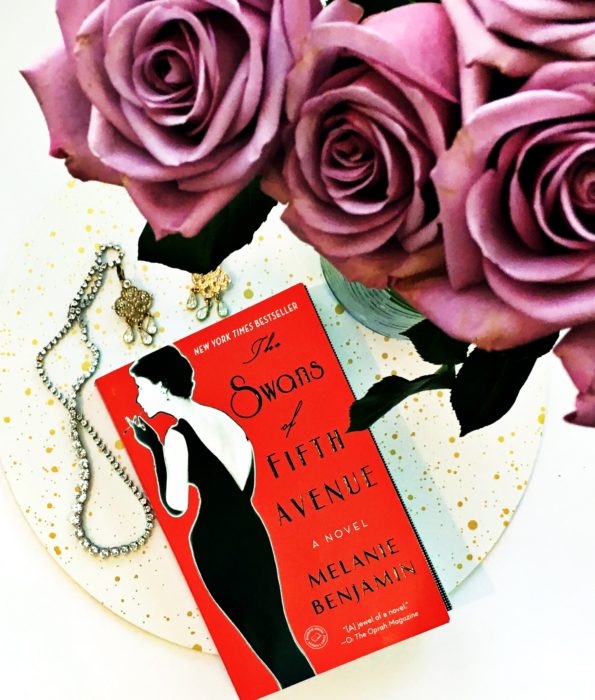 The Swans of Fifth Avenue

This, this moment, was real, but more precious, more golden, than any fairy tale.

My mom saw Truman Capote once. She lived in New Jersey at the time and had gone into NYC for dinner. She saw him through the window of the restaurant she was eating in, walking past in his signature white suit and white hat. There was no doubt it was him. He was glam, mysterious, and popular, and always surrounded by scandal. In Melanie Benjamin’s The Swans of Fifth Avenue

, we get to read a fictionalized re-telling of Capote’s golden years. The 1950s, NYC, surrounded by his socialite friends, his swans. It’s an interesting story, with a sad undercurrent, and it made me want to read more about all the real life characters in the book.

Truman Capote and Babe Paley (a popular, perfect socialite married to CBS founder William Paley) were best friends, and saw each other more as family. Babe was at the top of the social food chain in 1950s New York City, and she brought Truman along with her. Her upper-crust friends, dazzled by the gossipy, famous Truman, trusted him with their more scandalous secrets. When he started his fall from grace after publishing his self-proclaimed masterpiece In Cold Blood, he decides to use his friends’ stories as the basis for a new book. The fallout from that decision is, in some cases, truly life-ending.

This was my first Melanie Benjamin book, and I definitely want to read more. She does historical fiction so well, and I love being entertained while I’m learning something about an interesting time in history. I don’t know a lot about Capote’s history, but I want to know everything about it now! This is like a crash course in this particular society and time; after every chapter I found myself saying, “Did that really happen?” And then Googling the event to find out the entire backstory. (Which is why it took me longer than usual to finish this book!)

While this book is reminiscent of a fairy tale, it’s more like a Brothers Grimm fairy tale, with dark secrets and broken trust throughout. Capote’s world of socialite swans was gossipy and glittering, but at its heart is a sad story. Given Truman’s background and personality, he should never have been able to fit in with that high society group in NYC. He was built to be an outcast, and he absolutely knew it. He also knew enough to take advantage of every opportunity. Babe Paley, beautiful, popular, and Truman’s darling, was unhappy in her platinum cage, and tried to seek happiness in her friendship with Capote.

The Swans of Fifth Avenue

is a wonderful, fictionalized telling of the scandalous and extra juicy evens surrounding Truman Capote’s rise in his socialite swan pond and his subsequent crash down to the ground. If you like historical fiction and good stories, I definitely recommend this one!

The author’s website has great resources if you want to read more about the real people who inspired this book!

Following in the Footsteps of the Swans