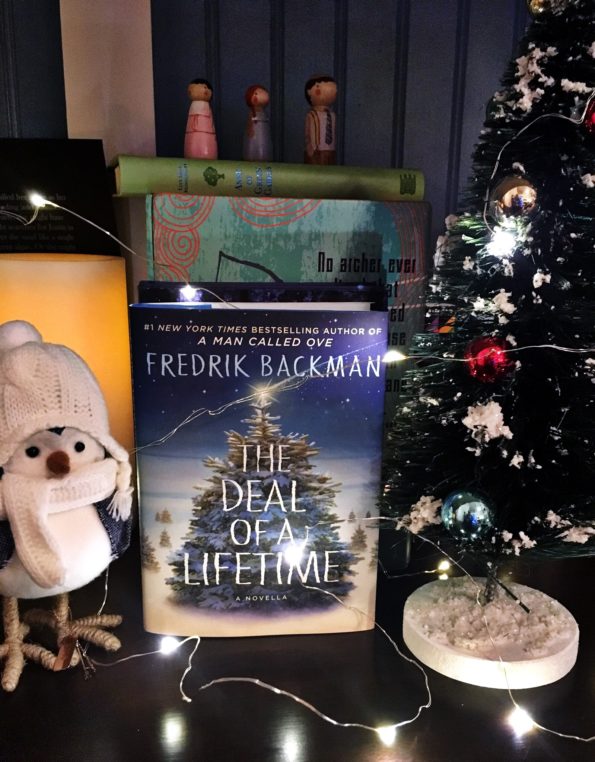 The Deal of a Lifetime

I was born here but I’ve never gotten used to it; Helsingborg and I will never find peace. Maybe everyone feels that way about their hometown: the place we’re from never apologizes, never admits that it was wrong about us.

Fredrik Backman is one of my favorite writers, and a true wordsmith. I fell in love with A Man Called Ove

(My review of that book is HERE.), and I’ve fallen head over heels for his new Christmas novella The Deal of a Lifetime

The story begins with a father writing a letter to his son on Christmas Eve. Instead of a typical feel-good letter, the father is writing to tell his son that he has taken a life. Throughout the course of the novella, we meet a 5-year-old girl with cancer, a mysterious woman who drifts in and out of the picture, and find out why the narrator feels he failed as a parent. When he is given the opportunity to commit a selfless act and save the little girl, he has to see what his life was really worth before he can make the deal. Thus, he writes a letter to his son, examining his entire life.

This book yanked at my heartstrings right from the introduction. I was hooked before the book had even begun. Backman gets the feelings of a man trying to do right, and the strange feelings that accompany returning to a hometown that you might never have felt at home in, exactly right. This novella is only 65 pages long, but I smiled, I laughed, and I definitely cried.

The book is so short, and I don’t want to give the entire plot away, so just know that it is the story of a man desperate to fix things in the past, and the deal a parent is willing to make to achieve those changes. The Deal of a Lifetime

is a beautiful, warm, and emotional story, and if you really want to feel something, with a little holiday thrown in, I beg you to pick up this book. I don’t think you’ll be disappointed!

Maybe all people have that feeling deep down, that your hometown is something you can never really escape, but can never really go home to, either. Because it’s not home anymore. We’re not trying to make peace with it. Not with the streets and bricks of it. Just with the person we were back then. And maybe forgive ourselves for everything we thought we would become and didn’t.