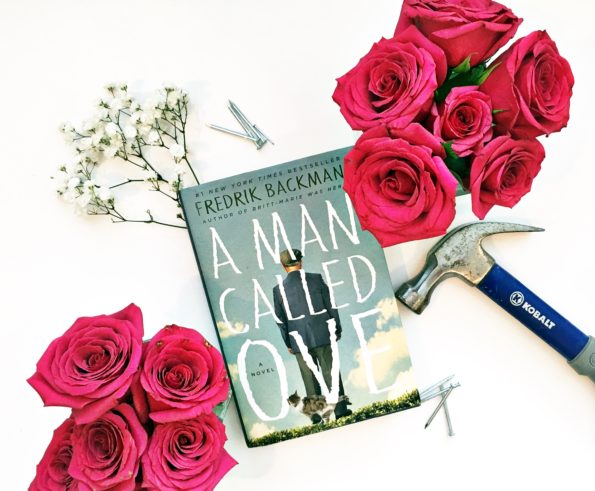 “Ove had never been asked how he lived before he met her. But if anyone had asked him, he would have answered that he didn’t.”

almost didn’t get published. It was turned down by publisher after publisher, one even saying it had “no commercial potential.” I feel certain that that publisher is kicking themselves every day. It was published in Sweden in 2012, the English translation was published in 2013, and it’s been gaining a lot of traction over the last couple of years. I wish I had discovered it sooner because, for me, it is one of those perfect books that makes me wish at once that I had written it and also grateful that I’m the one who gets to read it.

At first glance, Ove seems like your typical grumpy old man. He is quite literally the guy walking around his neighborhood looking for people’s mistakes. Each morning he walks the same route checking the parking area, the bike garage, and houses, sometimes reporting repeated offenders to the authorities. From page 1 I could picture Ove and was taken with him, despite his outward prickliness. He is disgusted by all of his young neighbors who don’t know how to fix things themselves, and rather than have them do things the wrong way, he grudgingly helps them out.

“He was a man of black and white. And she was color. All the color he had.”

What we soon discover (and I’m not ruining anything here-this part of the plot is revealed fairly early on) is that Ove’s beloved wife died 6 months ago, and since he recently lost his job he has decided that since he is no longer useful on Earth he will join his wife in the great beyond. His plans are disrupted by his new neighbors: a gangly, accident prone man, his pregnant and persistent wife, and their two daughters. They insert themselves into his life and both families are forever altered in ways they never could have imagined.

This is not a book about a charming old man who has a few quirks. Ove is no Matthew Cuthbert. But Ove is only grumpy, not mean. He knows he is right about things, and thinks other people are idiots for not agreeing with him, but he does not take pleasure in others’ misfortune. And as you get further into the novel, you will find out his reasons why he is the way he is, and why he has decided that his time on Earth is complete. His wife was truly his sunshine. The book begs the question: What would you do if the thing that sustained life itself for you was taken away? There is a familiarity in both Ove and the Pregnant One. (Yes, he really does call her that.) We all know a grumpy old man (or woman), and we all know someone who just won’t give up on people. And I think if we’re honest with ourselves, we can identify with one (or both) of those characters.

has so much heart. Maybe more than any other book I’ve read. Backman is an extraordinary writer and clearly a wordsmith. His ability to write a novel that is an unputdownable character study is extraordinary. I laughed and cried throughout the book, often on the same page, and when it ended I was sad to let the characters go. (And I immediately ordered all of his other books.) I cannot recommend this book highly enough. Even if it’s not something you think you might enjoy, please give it a try. I really think there is something profound about it in the simplest of ways, and you will relate to it at the very least, if not be completely moved by it.