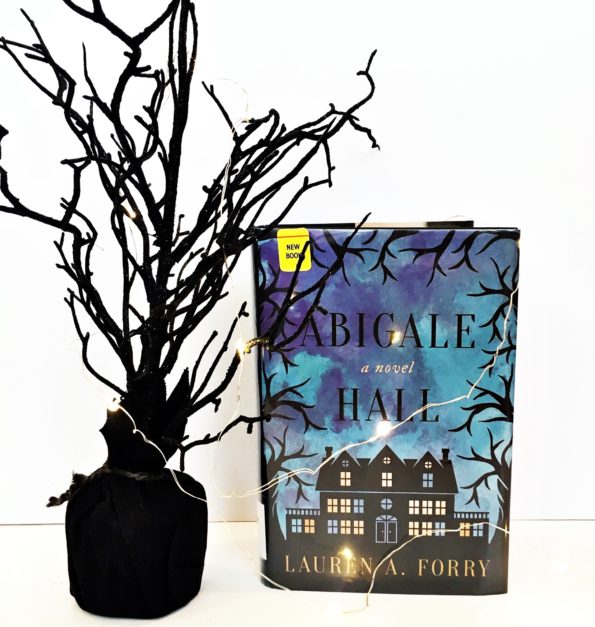 Emma in the Night

Thank you so much to Texas Reader Girl for loaning me her ARC of this book!

The moment I had not been prepared for—the one thing I had not ever imagined in all those years—was that my mother would not recognize me.

I’m not going to lie. The initial thing that drew me into this book was the cover. It is haunting, and I wanted to know more. Happily, the inside of the book surpassed the outside. Emma in the Night by Wendy Walker is a psychological thriller perfect for fall (but really any season, to be honest), and I found myself reading as fast as I could, anywhere I could, to find out what exactly was going on with Emma.

The Tanner sisters, Cass and Emma, disappeared three years ago. Early one morning, Cass shows up on her mother’s doorstep demanding that they need to go back to “the island” for Emma. A detective and a forensic psychologist interview Cass multiple times, piecing together a strange story of kidnapping, a mysterious island off the coast of Maine, and a baby. In addition, the psychologist is convinced that something isn’t quite right with Cass and Emma’s family life, and it may have something to do with why they were kidnapped.

I loved this book. It’s not only a thriller, it’s a study in narcissistic personality disorder and just how far someone with that diagnosis will go to put themselves first. The level of manipulation (I won’t tell you which characters-I have to leave some spoilers out here!) in this story is wild. I found myself wishing I could give advice or hugs to some of the characters in the book, and I might have actually talked to the book . . . out loud . . . because a certain character (ahem, Cass and Emma’s mom) was so frustrating.

I don’t want to say much else, because there are a lot of twists and turns in Emma in the Night

, and you should definitely discover them for yourself. Bottom line: if you like a good story, a well-written psychological thriller, and a great crime-solving plot, you need to pick this book up immediately. (This would be fantastic for book clubs!) 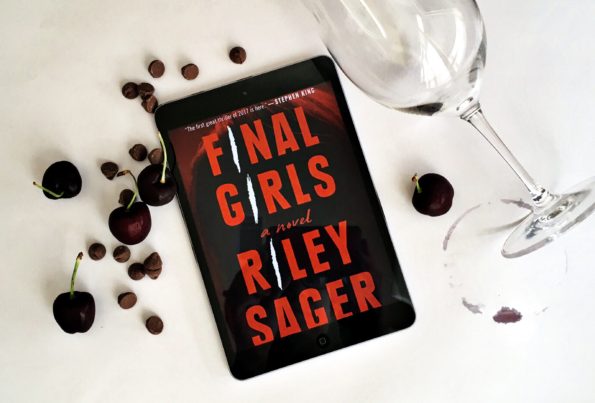 “Nothing is wrong. I’m completely normal. If I believe it enough, it’ll come true.”

Let me start by saying that I don’t watch slasher films, horror movies aren’t my thing, and . . . I’ve never read a Steven King novel. (I know, I know. Don’t come after me with pitchforks.) So when I kept seeing a ton of buzz around Riley Sager’s slasher/thriller novel Final Girls

, I wanted to read it, but I was nervous. In the end, the plot description drew me in and I decided to throw caution to the wind and read it. (With all the lights on.) I am SO glad that I did.

The title of the book refers to the final girl always left at the end of a horror movie. In the book, there is a Final Girls club, so to speak. Over the years, three girls, each the sole survivor of their own real-life mass murder stories, become known to the media as the Final Girls. The story centers around the most recent Final Girl, Quincy Carpenter. Ten years earlier she went on a vacation with five friends to a remote cabin in the woods. She was the only one to return. Now, she seems well adjusted, has a popular baking blog, a nice apartment, and a perfect boyfriend. She still keeps in touch with Coop, the police officer who rescued her ten years ago. Everything is going well. Until Lisa, the first Final Girl, turns up dead and Sam, the second Final Girl, shows up in New York looking for Quincy. What follows is a race against time. Quincy is trying to figure out what really happened at the cabin all those years ago before someone else shows up to finish the job.

I really don’t want to say too much more about the plot, because I REALLY want you to read it. In any thriller, I am always suspicious of suspecting the obvious person as the one whodunit. In Final Girls

, Riley Sager (a pseudonym for a previously published author-another mystery for you to solve) does a wonderful job of placing suspicious elements on each and every character. I didn’t even want to wager a guess as to who it was or what really happened because a believable case was made for everyone.

I read Final Girls in a day, which is something I rarely do, because I just couldn’t put it down. It’s a thriller without being gory, and with all the suspense you could want. This type of book is not normally in my wheelhouse, but I guess it is now! I hope Riley Sager continues to write more books, because I am all in for every single one.

Thank you to Netgalley and Dutton Books for the digital ARC to review! All opinions are my own.