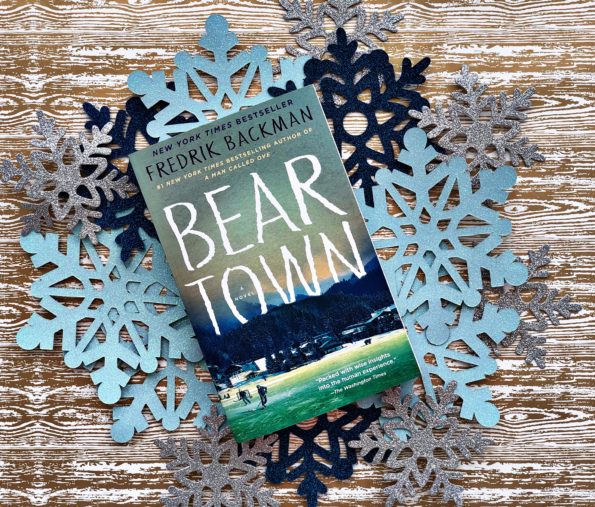 It’s only a game. It only resolved tiny, insignificant things. Such as who gets validation. Who gets listened to. It allocates power and draws boundaries and turns some people into stars and others into spectators. That’s all.

Unless you count The Mighty Ducks and my pre-teen crush on Joshua Jackson in the 1990s (and then again on Dawson’s Creek-don’t even try to convince me that Dawson was better than Pacey, because he wasn’t), I am really not a hockey fan. Beartown

by Fredrik Backman changed that. Sort of. This book is about hockey, but it’s really about the culture around sports, teams, and the lengths people are willing to go to so they have something to root for. I cared about hockey in this book, I cared about the players, and I really cared about how they reacted as a community to a horrible event. This isn’t like A Man Called Ove at all, but it is powerful, and has Backman’s trademark way of just nailing humanity. Young, old, and in between, he calls it like he sees it, and it’s so honest.

Beartown is a tiny community in the middle of a forest. City access isn’t nearby. The only thing the town has going for it is its junior hockey league. The team is getting ready to compete in a huge tournament, and if they win, there’s a huge chance a big practice rink will be built in their town, bringing in much-needed revenue. When a young girl is the victim of a violent act, it affects the entire town and puts the hockey team in a shaky position. The town has to come together to move forward, but a clear line is drawn when not everyone is willing to support the young girl. Will the team come first, or will the town realize that sometimes an individual needs to win?

I have never seen the culture of sports, from best to worst, good and terrible, handled so elegantly. Backman is one of the best writers, maybe ever, and he gets sports in a small town exactly right. It doesn’t matter if it’s hockey, football, or baseball, or what country that small town is in: sports can be everything, and people will give up quite a bit, even their integrity, to support their team. Beartown also ties in and addresses the biggest fear every parent has: Can we ever really protect out children? The answer is a resounding no, but it’s not black and white. If we can’t protect our children, then what should our reaction be when they are hurt? What should other people’s reactions be? How much should we expect of our children? Sports culture, community, and family are wound together in this story, and Backman shows how they are and always will be linked together.

is not always easy to read, and in the hands of a lesser author I would have skipped over several scenes. But Backman’s writing and storytelling is so compelling that I couldn’t put it down. I had to keep reading, and he handled the most difficult scenes with grace. There’s nothing clumsy (or accidental) about Backman’s writing, and he does this story justice. Please, please read this book. I promise you won’t be disappointed, and you will walk away with your heart on the floor and a lot of think about.

One particular incident in this book is a potential trigger. (There is a rape.) This is normally a trigger for me, as I really dislike when authors use rape as a form of entertainment. However, the way Backman wrote it wasn’t over the top or sensationalized. It was real and didn’t drag on for many pages as a form of entertainment. Just be aware that it is there, but it’s written very sensitively.