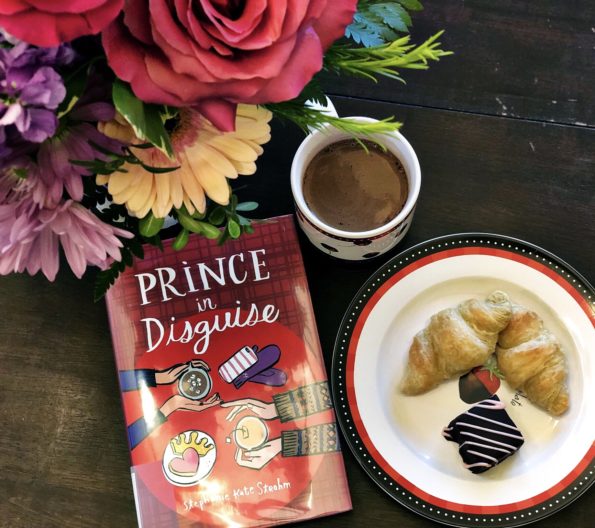 If you’re like me and can’t get enough of the royals (and yes, I’m setting my alarm super early on May 19th . . . but I’m also setting my DVR in case I sleep through it), you’ve been trying to read everything in that genre possible lately. Ever since The Royal We

, I’ve been looking for a book that gives me the same feelings and is in a similar vein. I finally think I’ve found it in Stephanie Kate Strohm’s Prince in Disguise

. It’s funny, charming, and just quirky enough to separate it from other YA romance novels.

Dylan is a Mississippi teen trying to live privately and quietly. Which is impossible to do when her big sister, Dusty, wins a reality show called Prince in Disguise and the entire family has to go to Scotland for the filming of the royal wedding. Dylan spends her days trying to hide from the cameras and keep some family secrets secret . . . and spend as much time as possible with Jamie, the cute groomsman who has an impressive knowledge of bookish quotes. If she’s not careful, the cameras will turn on Dylan and make her the center of attention.

This book is just what my heart and mind needed. A sweet YA romance with a little royalty thrown in and quirky, believable characters. While the plot is predictable, it’s predictable in a completely satisfying way, and the characters are so well written that I cared about what happened to all of them. This is such a fun book, and if you’re wanting to get in the mood for the royal wedding on May 19th, this book is the perfect way to do it!

has everything-great characters, a ridiculous reality show, impossible situations, and a cute romance. I wouldn’t change a thing about any of it (except maybe to see more of Florence, the royal mother in law, who is a force not to be trifled with), and I was a little sad when the book ended because I wanted the story to continue. I absolutely loved this cute book! It’s a YA romance that I think appeals to all ages.