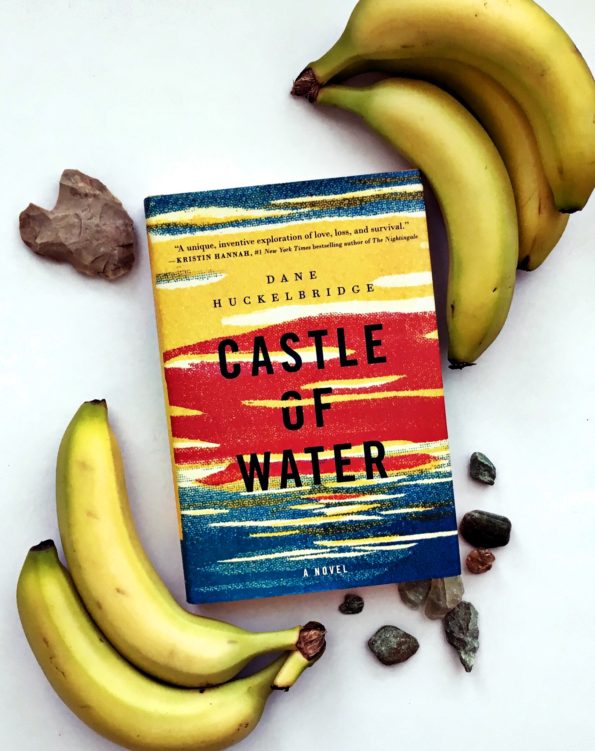 Castle of Water: A Novel

I usually start my reviews with a quote from the book. I couldn’t this time, for two reasons. One, I read the book so voraciously that I hardly took any notes because I didn’t want to stop reading. Two, I would really like to quote the entire book. It is that good.

by Dane Huckelbridge was our March selection for the Bucket List Book Club, and I’m so glad it was. This has been sitting on my nightstand since last year when Madeleine at Top Shelf Text implored everyone to read it. I wish I had listened sooner. This is one of the best, funniest, and most heartbreaking novels I’ve ever read, and you’d better believe I will be first on the pre-order list for whatever his next book is.

Barry, a New Yorker who has just quite his job in finance, and Sophie, a French architect on her honeymoon, are both on the same tiny plane to visit the small island of Hiva-Oa in the Marquesas, for very different reasons. When the plane crashes and everyone, including Sophie’s new husband, except Sophie and Barry perishes, the two survivors must find a way to live together on a small deserted island. They have to not only survive the island, but each other. Stranded on an island with very little hope of rescue, Barry and Sophie must learn to trust each other in order to persevere and survive the island, and everything it throws at them.

Huckelbridge has an almost journalistic style of storytelling, and I had to keep reminding myself that I was reading fiction. He manages to put two characters into an almost unbelievable situation and make all of it very believable. I really knew Barry and Sophie, and understood why they made certain choices. (Even if I didn’t always agree with them.) Watching them get to know each other, and to see who they really are at the core, was an amazing experience. The level of detail included in the story was absolutely wonderful. I won’t give it all away, but one detail that Huckelbridge included throughout was Barry’s contacts, one of the few things to survive the crash. Here he is, on an island, with nothing, but he still has his routine of putting his contacts in in the morning and taking them out at night. It was so interesting to see what normal routines were included in the story, and how they would play out in this situation. The author is also just plain funny, and I laughed out loud several times throughout the novel. (Except for the last ten pages, which I won’t talk about, but you’ll understand once you read it.)

I don’t want to give any spoilers, but I will say that romance is definitely not at the heart of this novel, and I really appreciated that. It would have been so easy to have them be romantically involved early on, but the author portrayed them accurately-they really aren’t huge fans of each other at the beginning, and they have to work around that. It made the book more interesting, more honest, and more heartfelt in the end. (In which my heart was ripped out.) This is no Gilligan’s Island with a bar, tikki huts, and romance around every palm tree. This is about real people, and how they would really act.

Dane Huckelbridge has said that his intention for this book was to write “literary fiction that’s actually enjoyable to read.” Castle of Water

more than accomplishes this. This is definitely literary fiction, but it’s not highbrow, or fancy, or unrelatable to certain groups of people. It’s an extremely well-written book with characters you root for and care about, and I cannot recommend it enough to everyone who loves a good story.